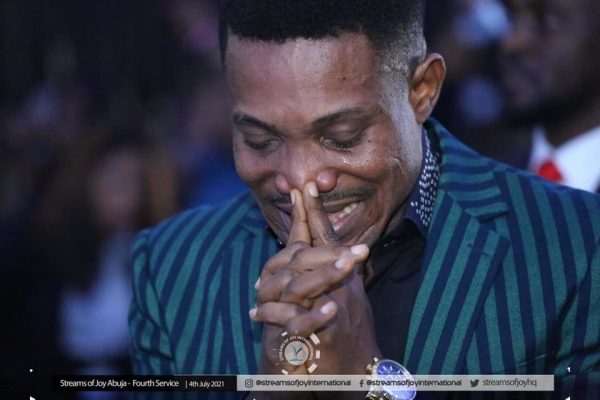 “And many charged him that he should hold his peace: but he cried the more a great deal, Thou Son of David, have mercy on me.” (Mark 10: 48)
That is the Focal Scripture of Streams of Joy Devotional today.

Bartimaeus kept calling on Jesus to have mercy on him; he maintained his confession despite all the negative voices that were speaking around him. No matter what is happening around you, and no matter how negative the voices around you are speaking, maintain your confession. Keep speaking what God would have you speak; keep saying what God’s word says about you; keep saying what you want to see, despite what you see now.

Bartimaeus maintained his confession, and his words prevailed over the words of the people who wanted to shut him up. Hear me as I hear the Lord: as you maintain your confession, you will prevail over the negative voices around you.
Lamentations 3: 37 says: “Who is he that saith, and it cometh to pass, when the Lord commandeth it not?”

Declare With Me: No negative voice will prevail over me, in Jesus’ name!